In case you don’t know about webtoon. Webtoon is an app they provides thousands of original comic book content, from comedy, action ,to romance. It’s easy to sign up. (Although you don’t have to unless you want to subscribe to a comic or want to download a chapter offline.)Being subscribed  also gives you a notification when the next chapter is available. Unless you get lucky and find a series that’s been out for awhile. Which brings me to my top picks on webtoon. 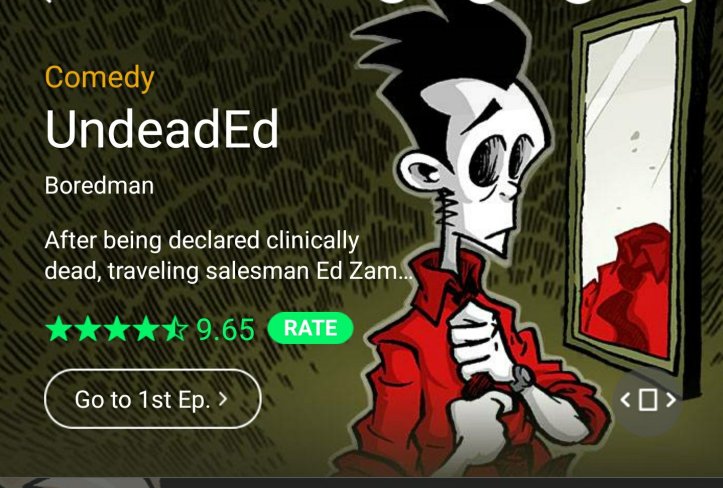 Undeaded is a funny comic about a guy, who recently discovered that he’s dead. He tries figuring out how to live again.. along the way he finds a few friends to tag along with his journey.

apocalyptic horseplay   Made by the same creator of the undeadEd comes a different story just as funny and with a few cameos from the undead Ed cast. The comic is about the famous four horsemen. The horseman decide to retire and spread positivity to the world instead of chaos.

In doing so, a young journalist  grows suspicious and decides to investigate the source causing trouble for the horseman to stay hidden. 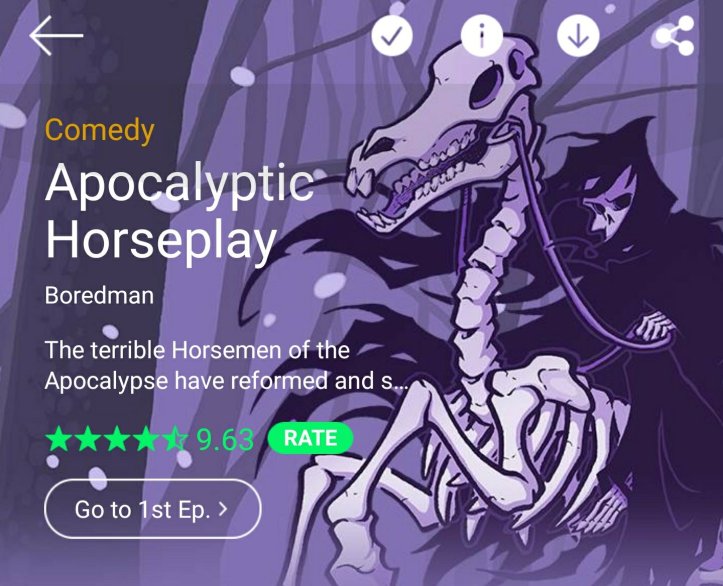 assassin’s roomate is a quirky / comedy romance novel about  two college kids moving in together. While agreeing to strictly be just roommates , the two students find out that they actually have alot in common…

these are my current findings! If you are into webtoon, tell me what you think of these comics and if you have a few faves of your own, feel free to comment them. #like #share #comment ps: all pictures are from webtoon.